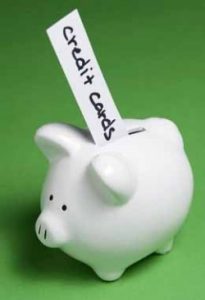 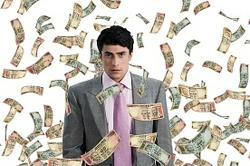 How energy audit will save production money

“Saving is the second profit,” says the irrefutable thesis of a market economy. In energy-intensive industries, where the share of energy consumption in the cost of production is five percent or more, the “second profit” will be calculated with sums with many zeros. But how to find this “second profit” if, it would seem, there is nothing to save on?
Practice shows that most enterprises have the potential for energy saving, however, neither the management nor the energy service of the enterprise can independently find and realize this potential – specific knowledge and equipment are needed. You should not hope for energy suppliers: their profits depend on the sales of energy resources, so they won’t advise consumers. To help in reducing the proportion of energy consumption in the cost of production will help energy consulting companies specializing in energy audits.
Voluntary inspection
The word “auditor” in most cases causes negative associations: few people like it when someone outsiders delve into the details of production. From compulsory inspections conducted periodically by electric grid organizations, voluntarily initiated audits are radically different: outside experts should be perceived as benevolent advisers, and not as strict inspectors, who issue prescriptions and imposing heavy fines.
How an energy audit will save production money The essence of “voluntary inspection” is as follows: third-party experts conduct an energy study, during which they become familiar with technological cycles and analyze the amount of energy consumption. Besides,
energy audit involves the study of contracts with energy supply companies and schedules of energy consumption. The result of the work is documented in final documents containing objective data on the energy balance, as well as recommendations on how to optimize energy costs.
Real steps to save
If the owner of the production follows the recommendations of the engineers-auditors and optimizes the consumption of energy resources, the savings will not take long. As a result of the optimization measures, the following results will be achieved (at a minimum):
reduced TRE (technological power consumption);
losses in power grids will be reduced (in power lines, switching equipment and transformer substations).
Production and tariff policy
How an energy audit will save production money Energy tariffs are dynamic. On the example of electricity, this is expressed in the differentiation of prices and time zones: depending on the time of day, electricity suppliers apply different coefficients. With the help of this measure, the subjects of the energy market seek to stimulate the sale of energy resources in the semi-peak and night zone – the time when the generating equipment of the power plants is operating at half strength. It is profitable for the enterprises-consumers of electricity: by changing the production schedule and the mode of electricity consumption, you can achieve substantial financial savings. That is, consumption volumes will remain the same, but they will have to pay much less for them.
The economic viability of the recommendations
As a rule, recommendations made by expert auditors are based on an economic basis. In other words, a small enterprise will not be offered to build and put into operation an expensive power plant, since its payback period will be measured in several decades. The maximum savings for the lowest possible payback period – this is the only true option, determined by experts in energy audits.

The beneficiary is who is this?In recent years, business and trade relations have been developing rapidly. This leads to the constant emergence of new terms that are used in the business sphere and imply the… 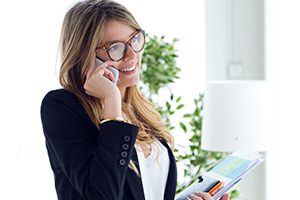 Ways to increase the credibility of the site or online store1) Customer Reviews The most banal thing - the availability of reviews from existing customers. If we are talking about an online store, then it can be reviews that registered…